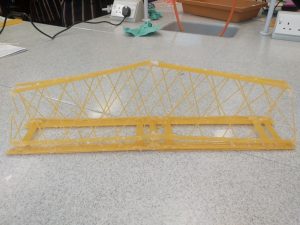 28th June 2019 – On Tuesday all of our Year 8 students took part in a STEM Day organised by the Science department.  Lottie McCallum (8T) tells us all about it … 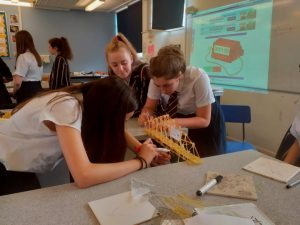 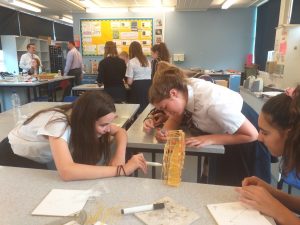 Everyone really enjoyed this day and worked really hard on the challenge that we were presented with.  The day began with students separating from their usual Form groups, as we were mixed randomly into groups of five or six people. About 5 teams were in each classroom and once everyone was settled and eager to find out what the rest of the day would look like, our teacher presented a slide show. In this, we were told that we would be constructing bridges out of raw spaghetti using glue guns. We were told of the different types of bridge we could make; for example, the Baltimore Bridge. We were also told of how we would split up our team: not only would there be engineers and builders, but a marketing team too. Each group chose two people to take on the challenge of making a beautiful poster with a long list of requirements, and an informative PowerPoint presentation about their bridge. 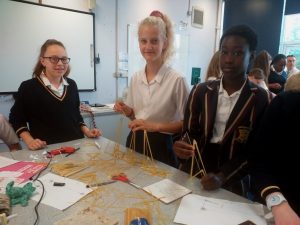 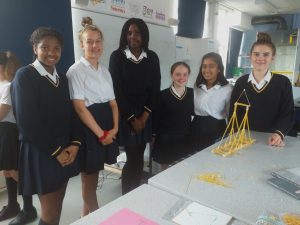 After that, we began planning and had until the end of lesson 2 to decide what the bridge, poster and PowerPoint would look like. During lessons 3 and 4 worked on the bridges, a task that was easier in theory than in practice! 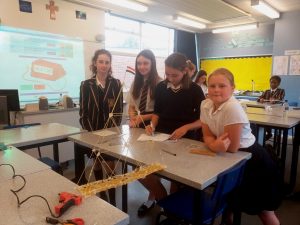 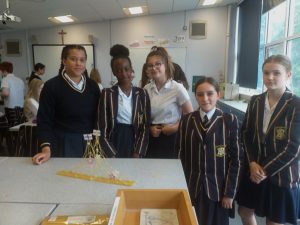 At the end of lesson 4, everything was in place.  People were tired but proud of their achievements – yet anxious to know who would win! A hook was attached to each bridge with a bag that would be filled up slowly with sand until the point of breaking. However, Mr Downes had asked if this could be done so carefully and precisely that we would not actually break the bridgesm as they were so appealing that they should be part of the science display in the maths corridor.  Tensions were high [engineering pun] and all were eager to see who had won in the assembly after lunch! 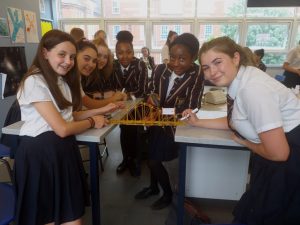 Lesson 5 began with a big clean up as making spaghetti bridges is a rather messy task! Before long though, it was time for the awards ceremony. All students gathered in the studio. Lines of boxes filled with cakes and biscuits were in front of us and the awards were presented. There were prizes for each classroom in three different categories: the best poster, the prettiest bridge and the bridge with the best load to mass ratio. Some left the room victorious, without any boxes of cake but content because they knew how hard they worked. Besides, the teachers kept saying to us how that was the best year for bridges they had seen in a long while. 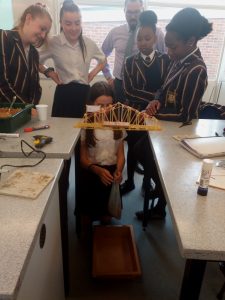 Everybody really enjoyed the day and took a lot back from it. STEM is a fantastic way to kickstart any career, and a degree in a STEM subject makes you more likely to be successful. The day was incredible overall and we can’t wait for another STEM opportunity.