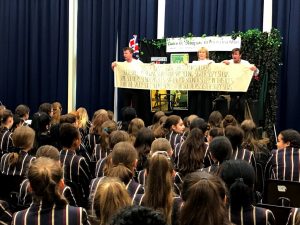 Year 11 students watched a performance of one of their core texts, ‘An Inspector Calls’, and were given an appreciation of the themes, characters and context of the play. We hope this will support them in their preparations for the mock exams.

In Year 8, the girls watched a performance of ‘Desperate Glory’, where they heard the words and poetry of World War One soldiers, which gave them a visual appreciation for the traumas suffered during the First World War. 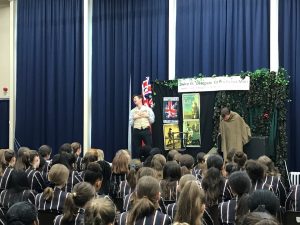 Rebecca Thomson in 8F said ‘The play was excellent. I really liked how there were several poems and only four actors. I also liked how they sang songs and got us involved in the different poems.’

Bonnie Browne in 8F said ‘I thought the performance was good because the actors had great enthusiasm in the way that they played their roles. They showed their emotions really clearly.’