Report by Miss Gilleece – Head of RE

We had a very early start at school on Thursday 26th of May, but it was all worth it. After travelling on Thursday morning, our first stop was the Colosseum. We saw the ancient ruins and had a chance to explore as a group, taking in the sites of the Roman Forum as well. On Friday, we had a tour of the Vatican museums, and saw the Sistine Chapel. We saw first-hand the work of Michelangelo and all the artefacts in the museums. In the afternoon, we went in to St Peter’s Basilica and got to go down to the tombs of the Popes, which is not open very often so we felt very privileged to see this. On Saturday, we had a coach tour where we went to the catacombs and saw a wedding happen at the church as well. We then went to the Basilica of St Paul’s outside the Walls, where there are mosaics of all the Popes. We also went to the Basilica of St John Lateran, and climbed the Scala Sancta, which were the stairs in Pilate’s palace in Jerusalem that which it is believed Jesus climbed  before his crucifixion. As they are so holy we had to walk up them on our knees. We also saw the sights of Rome, including the Trevi Fountain and the Spanish Steps. On Sunday, we visited the Jewish quarters and had a guided tour of the Great Synagogue and heard about the history of Judaism in Rome. We also enjoyed lots of pizza and ice cream – a memorable trip was had by all! 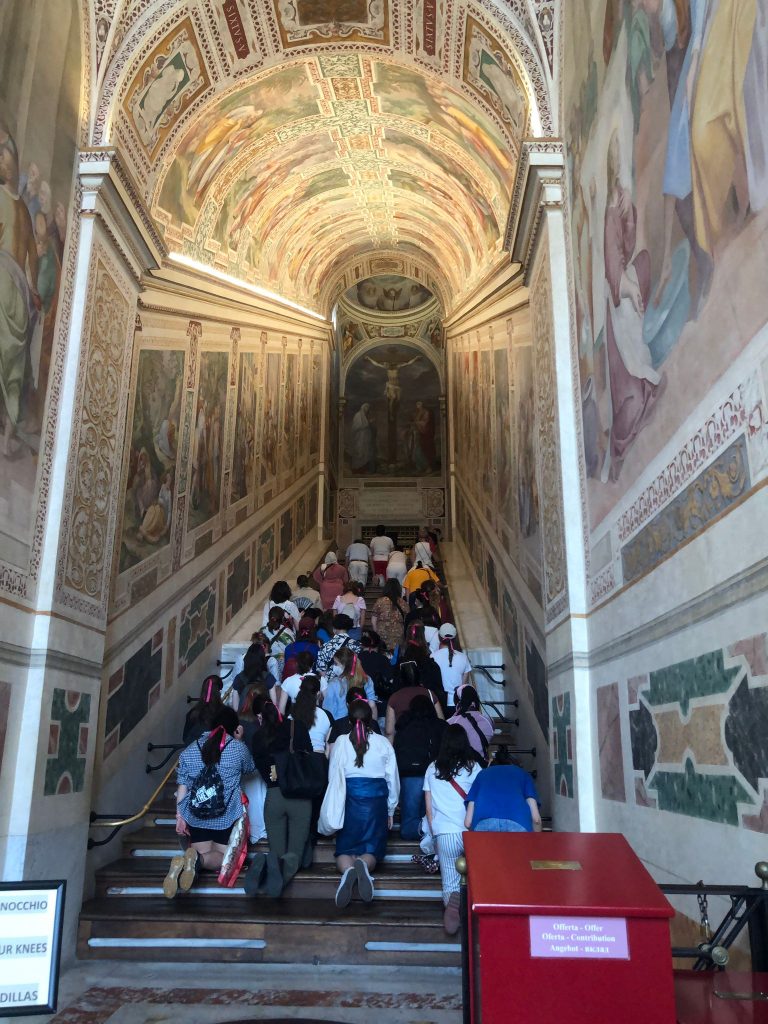 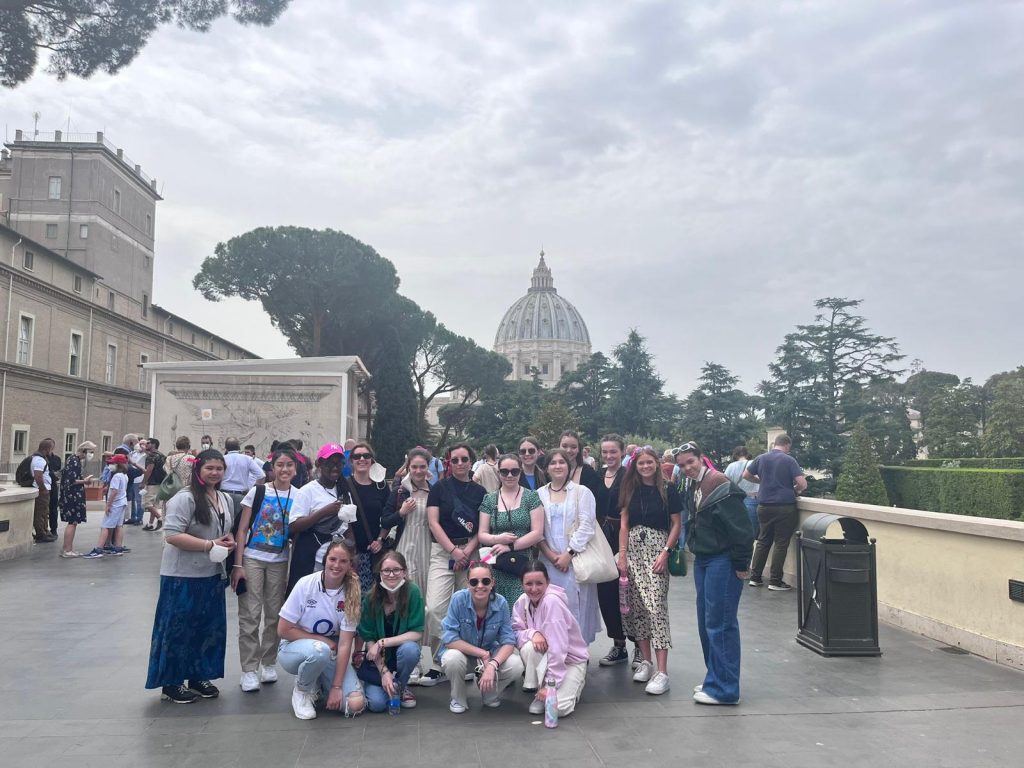 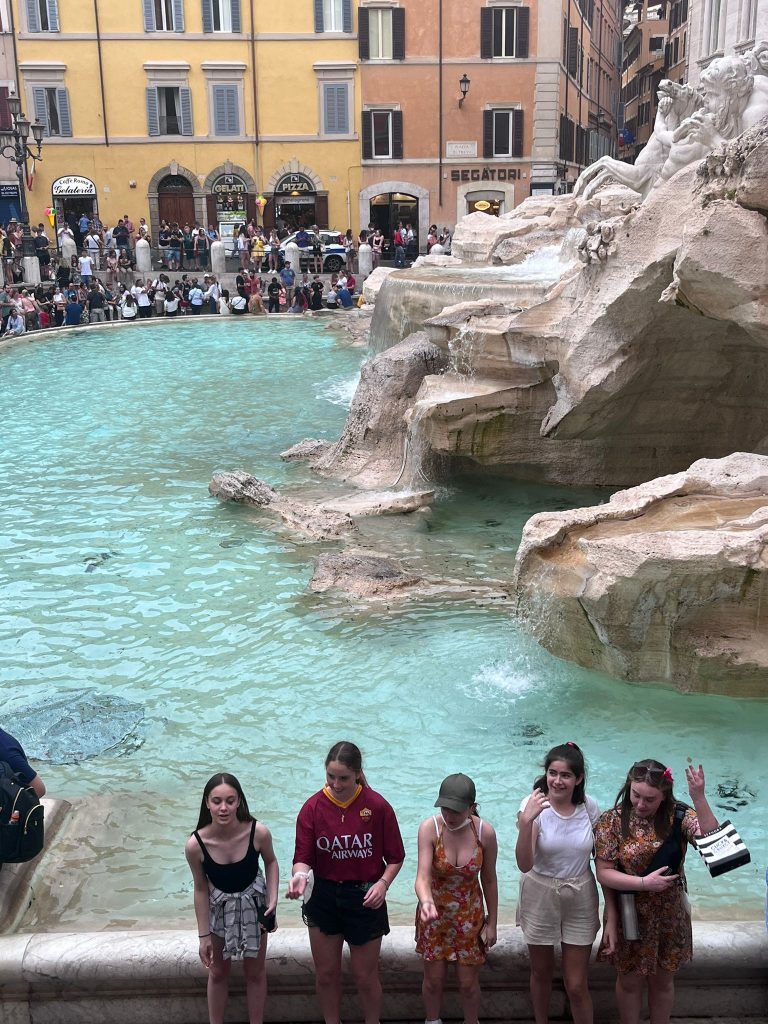 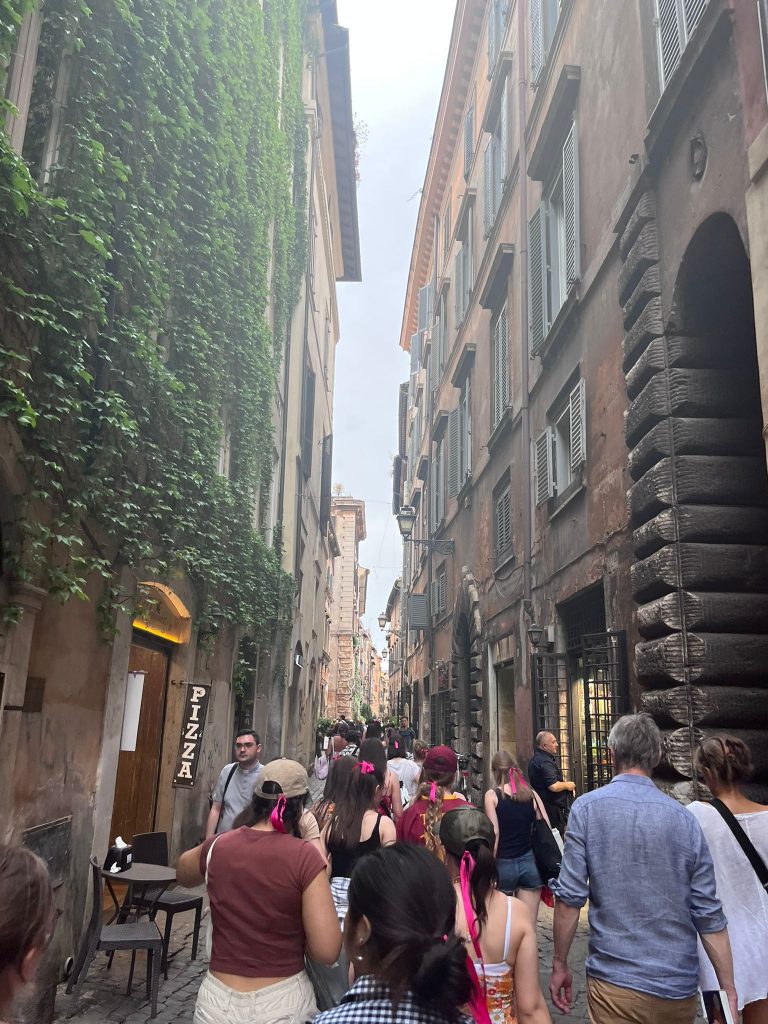 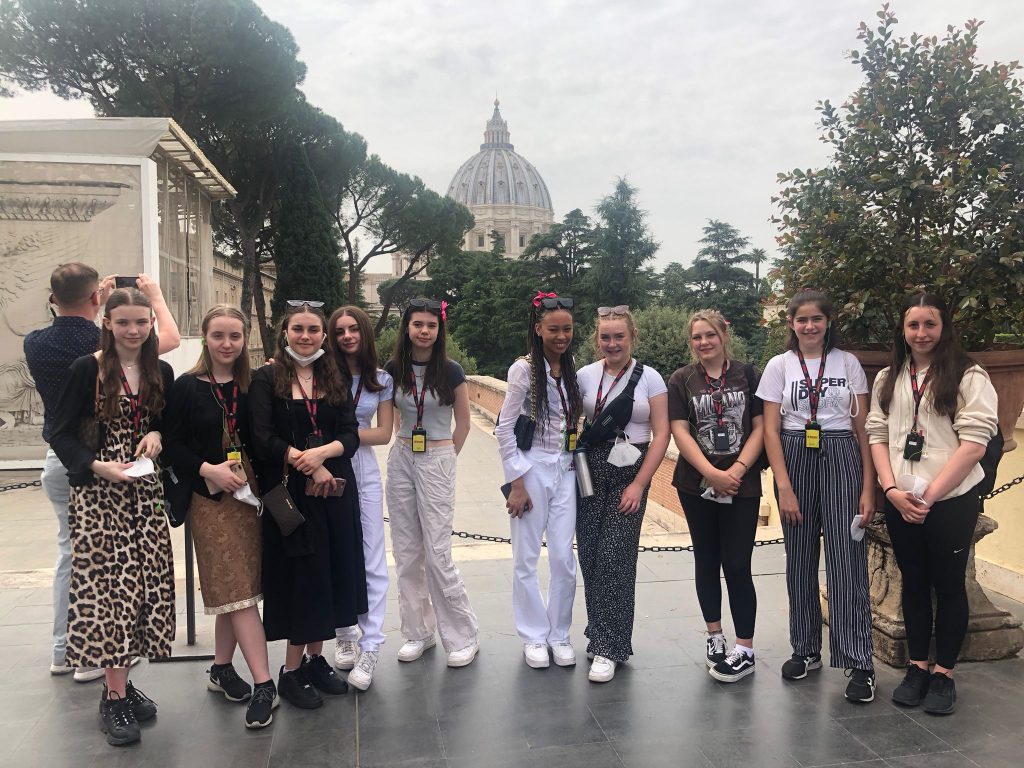 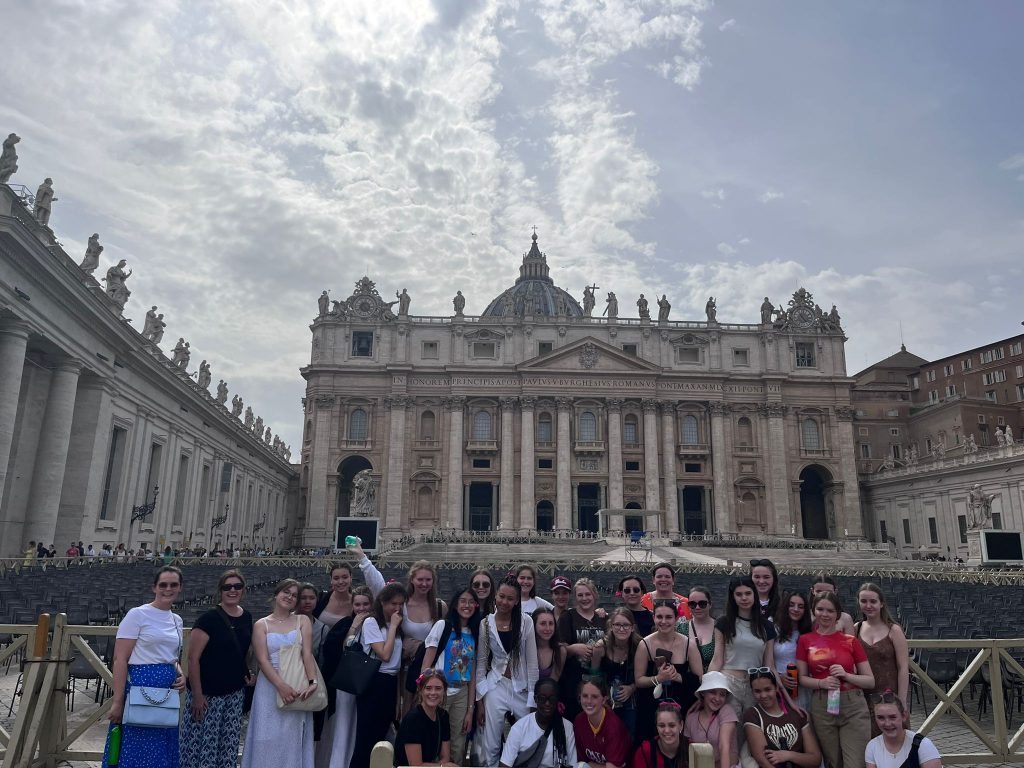