The World’s Gone French is an amazing play that is about a boy named Kieran whose magic jigsaw puzzle that his mum bought from a charity shop led to everybody around him- including his mother, gran and even sister speaking in French.  He is astonished. He has never considered himself good at the language in school, so he is in big trouble. Kieran’s mum had bought the jigsaw for him in order to help him with his French. However, the situation teaches him that he knows more French than he thinks. This play was very funny.  The actors, Julie and Lawrence, were amazing and made us all laugh. I loved the parts when the audience were asked a few questions in French, which made Kieran devastated. I liked the part when Kieran got annoyed and confused when speaking English and no one could respond to him in English, as they were speaking French fluently. All things considered, this gets a 10/10 from us.  C’est génial! 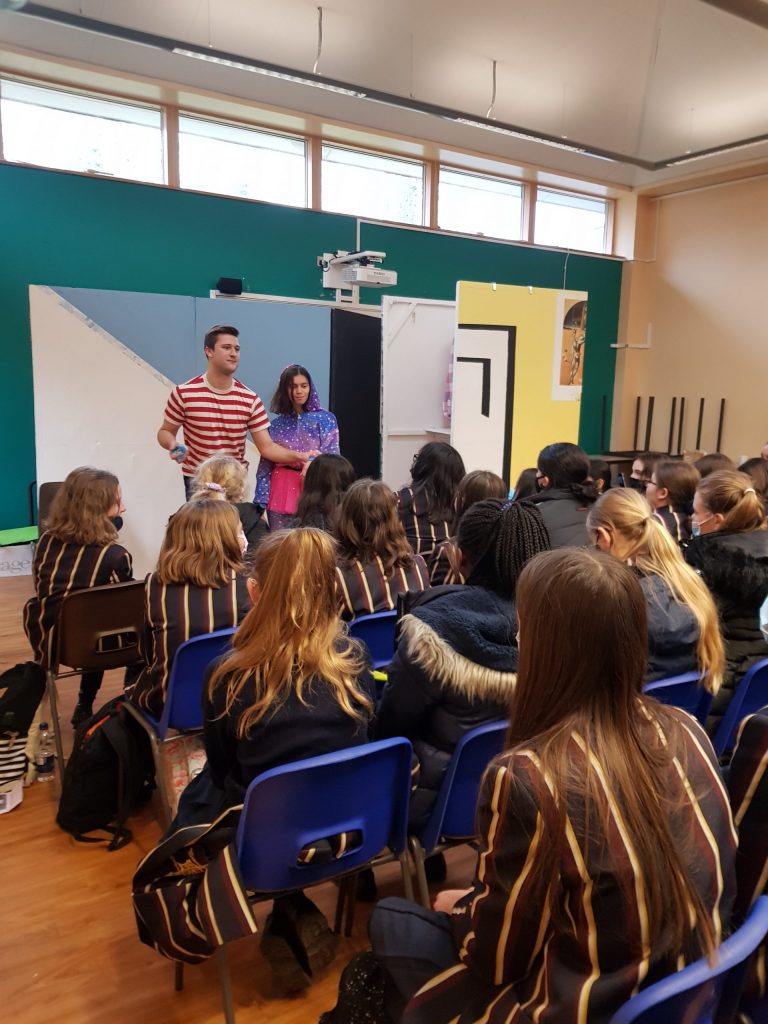 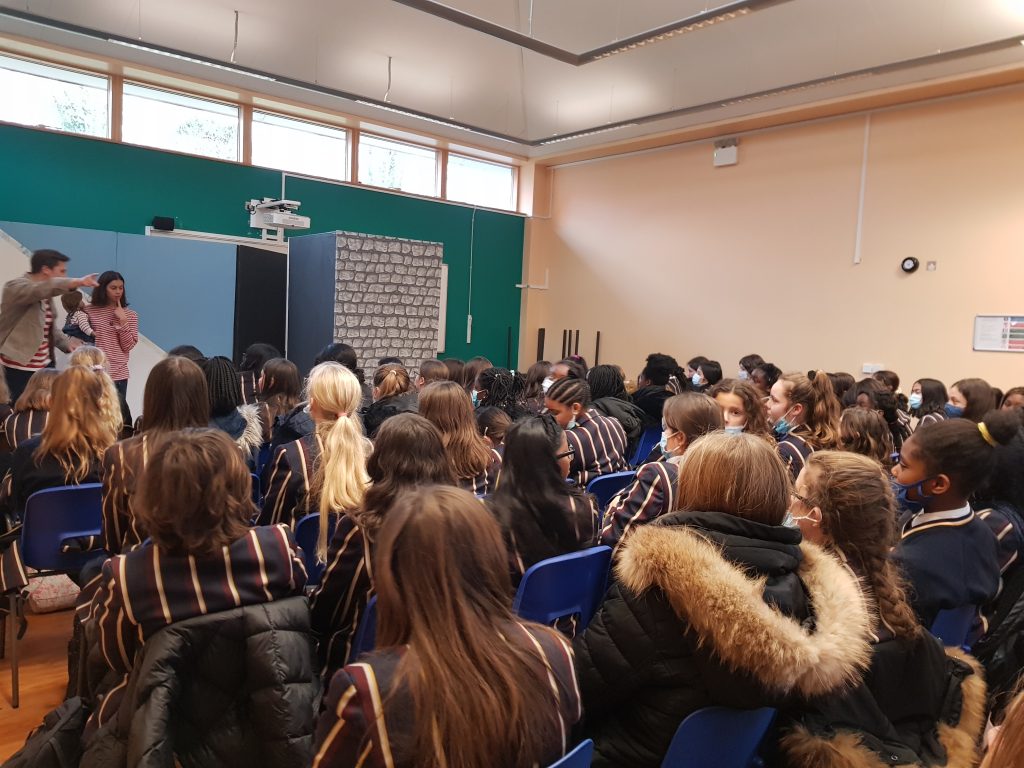 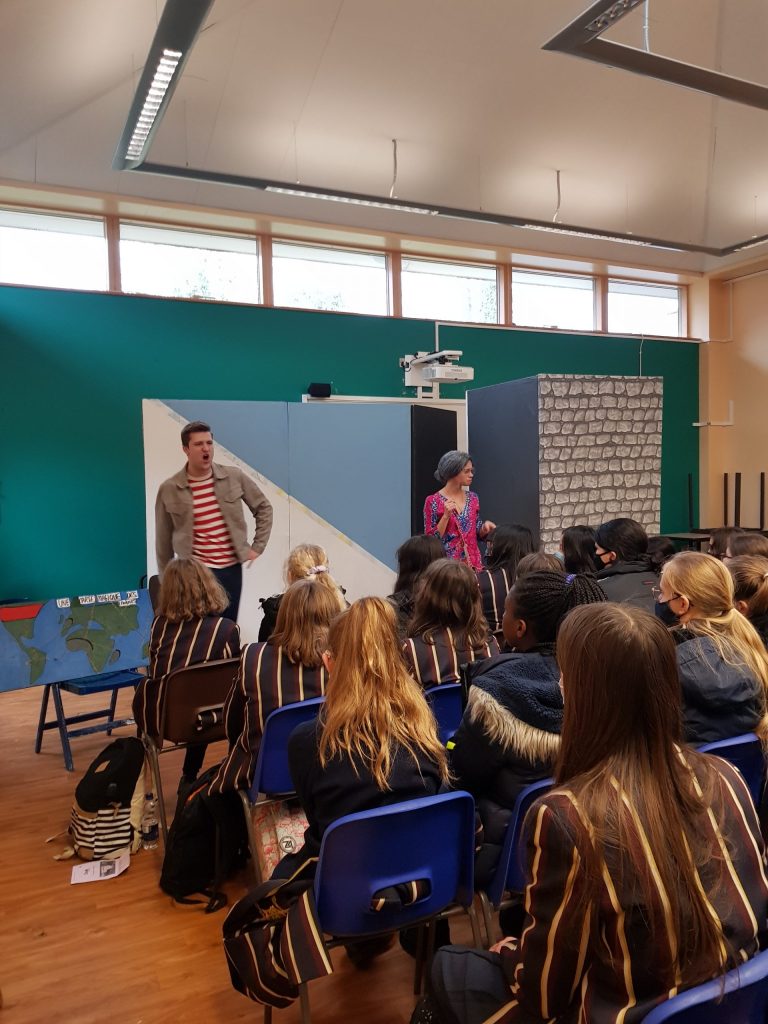 On Friday 10th December, we had a French play during last lesson. The play was called ‘Mon père ne me comprend pas’ (My dad doesn’t understand me) and was performed by Onatti Productions Ltd. The play was about a girl called Hélène, and it was her 16th birthday. Hélène’s dad comes to give her a present but it is a child’s backpack and ballet shoes. Hélène gets annoyed with her dad telling him she is not nine anymore and wants to be a doctor not a ballet dancer. Then Julian, Hélène’s brother comes and gives her a poetry book for her birthday because poetry is his passion. She is disappointed with the gift and begins to think that no one understands her. Later in the show, both of Hélène’s friends continue to call her about an argument they are having and almost forget it is her birthday.

In extract two, Hélène’s dad wants to take her, Julian and her friends to McDonald’s for a birthday meal. Hélène says she wants to go alone with her friends to a restaurant so then they argue whether or not McDonalds is an actual restaurant. However, at the end of the play Hélène’s two friends make up and Hélène’s dad gives her the perfect gift, a stethoscope.

The play was really interesting and helped our understanding of the French language (everyone was able to understand a lot more than we thought we would). Throughout the play, there were many funny scenes and the actors performed very well. The emotions and interactions of the actors really made you feel part of the play. We were even able to ask them questions after the show! 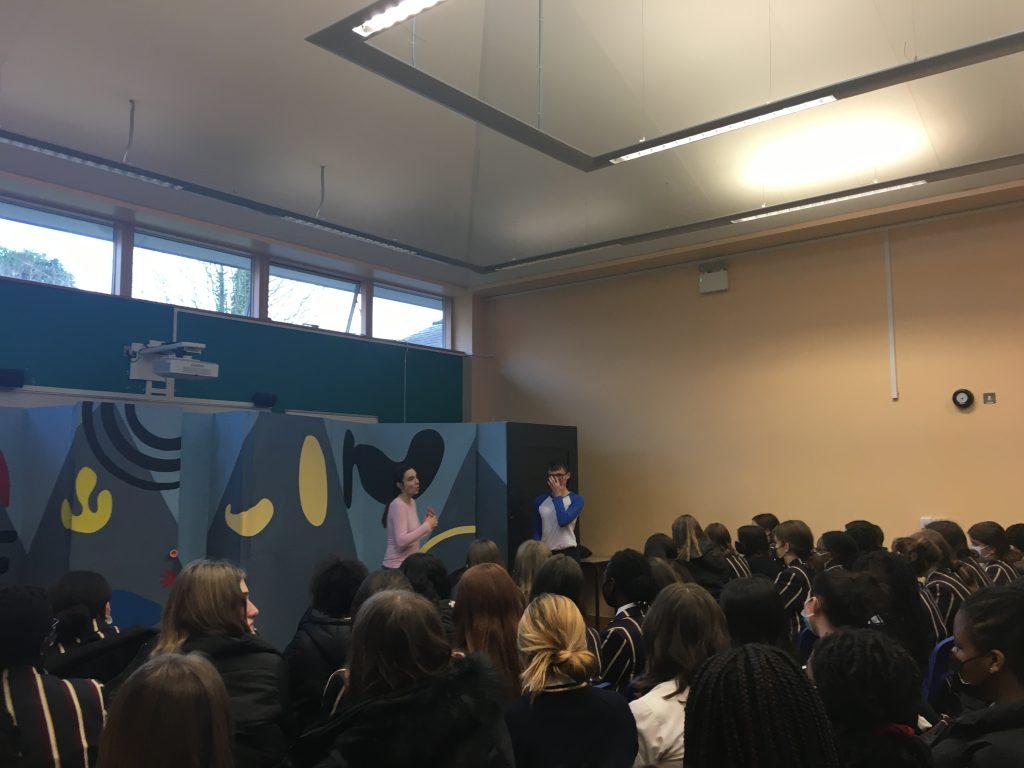 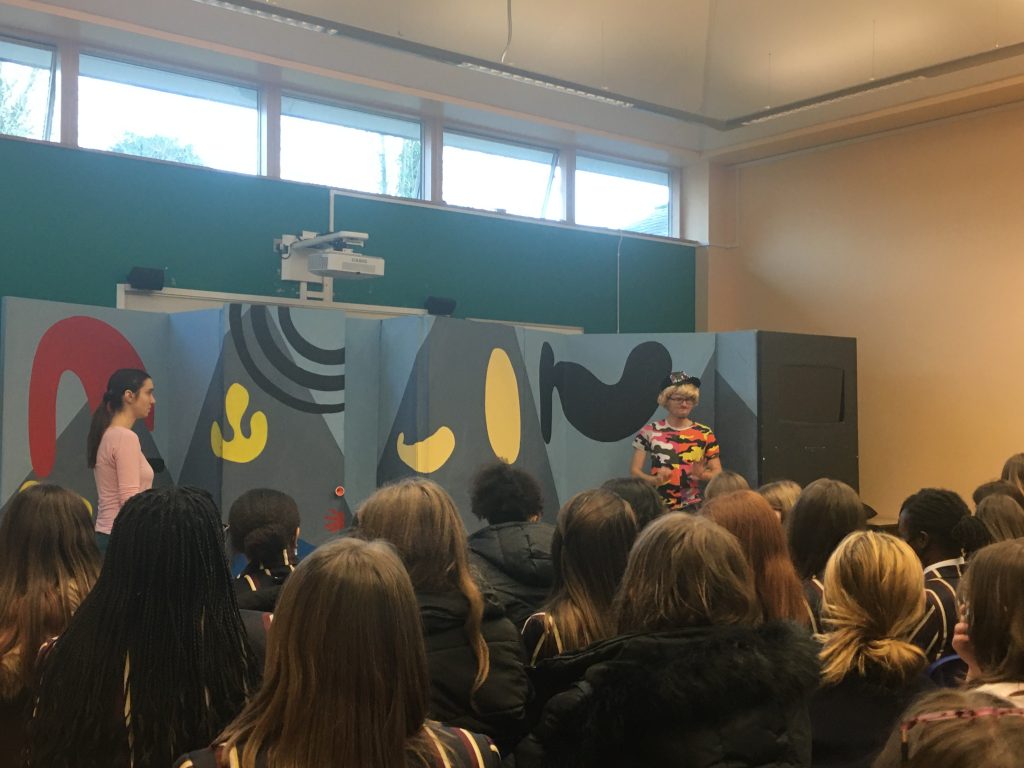 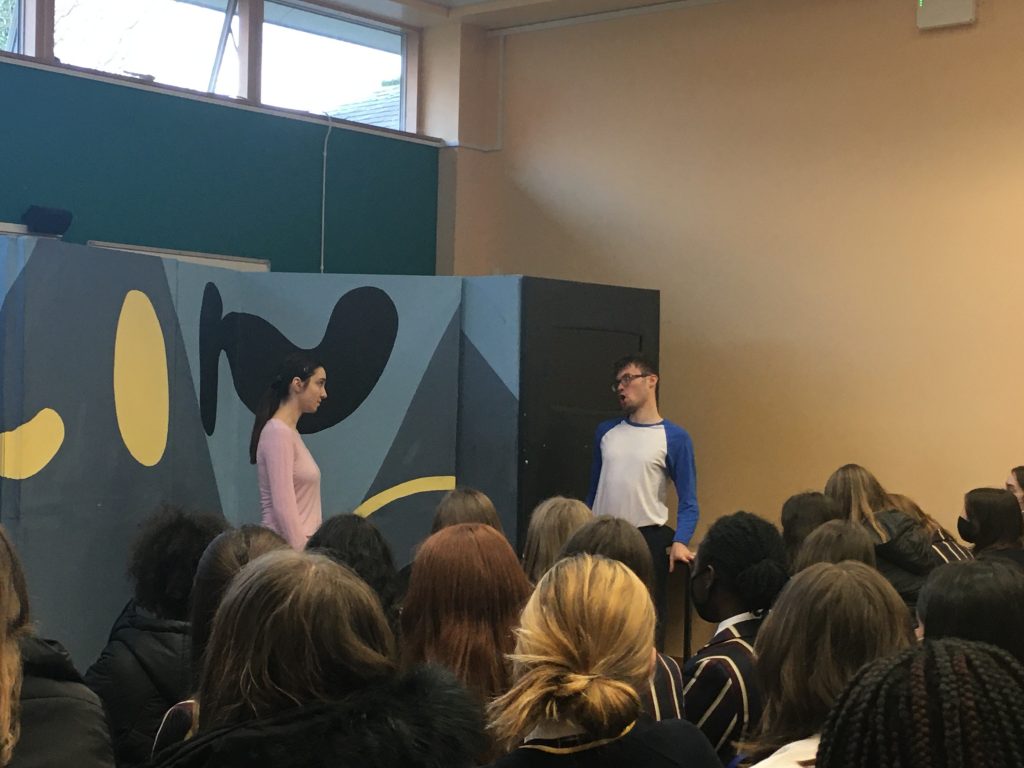