Once again, on Friday 22nd January, students were lucky enough to experience the Globe Players in full swing! Year 7 students got to sample a medley of his greatest works. There was even an appearance by an oversized donkey! Year 9 were able to enjoy a powerful version of ‘Romeo and Juliet’ and two students have written all about it: –

The Romeo and Juliet play was very fun to watch – there were a lot of funny scenes and jokes. It was also very interesting. I liked how they explained what was happening because sometimes it can be a bit difficult to understand old English words. My favourite parts were when Romeo and Juliet met for the first time and also when Romeo was hiding. Overall, I really enjoyed watching the play and I would definitely recommend it to others.

My opinion on the Romeo and Juliet play was that it was a really well performed and put together. I really enjoyed the way that it was all put together and hope that there could be more plays like this at Loreto in the future! I also loved the way that the performers in the play were not only very engaging, but also explained what was going on in the play. This personally helped me understand the English language used at the time of Shakespeare. Additionally, I loved the time put in the play as well as the structure. However, I think that near the end of the play it was a bit rushed and it could’ve been more longer and the start of the play took quite long and I believe that it should’ve been slightly less time consuming. Overall, I really enjoyed watching this play! 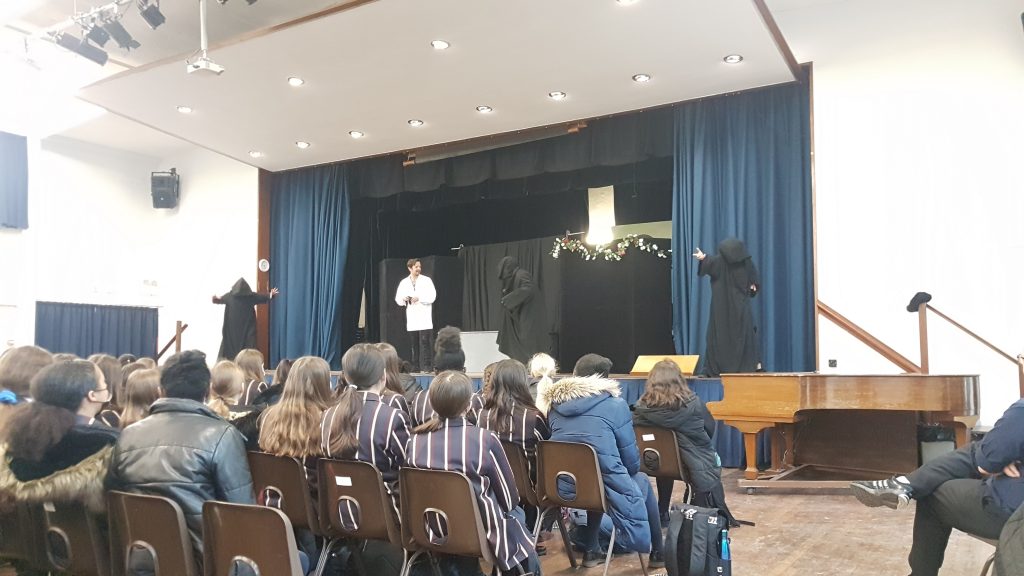 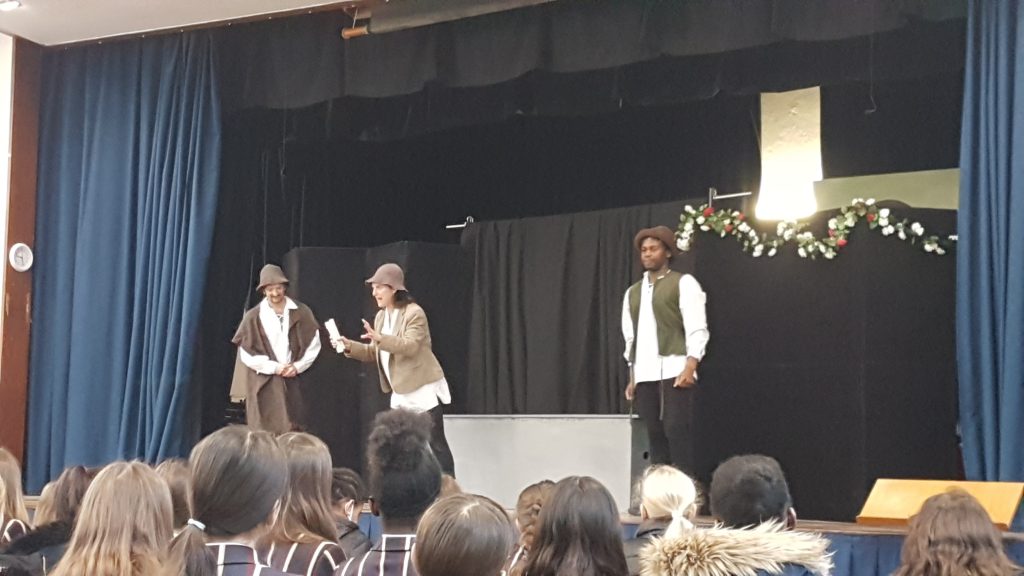 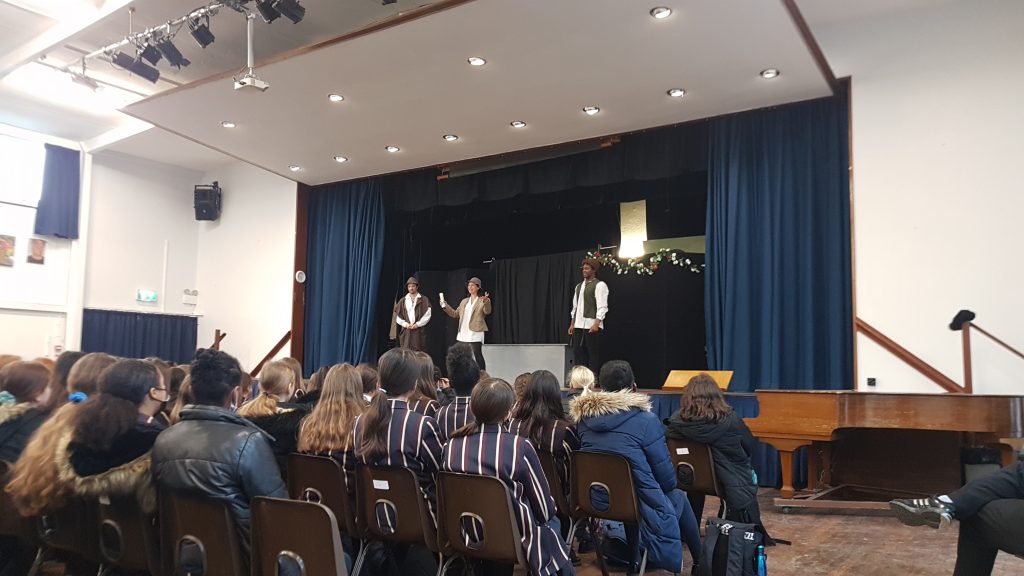 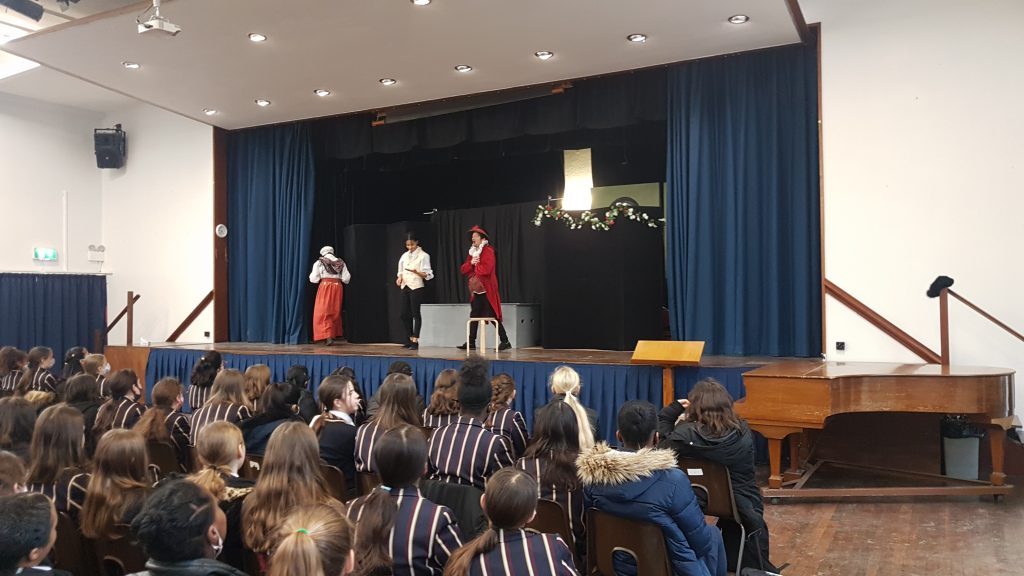 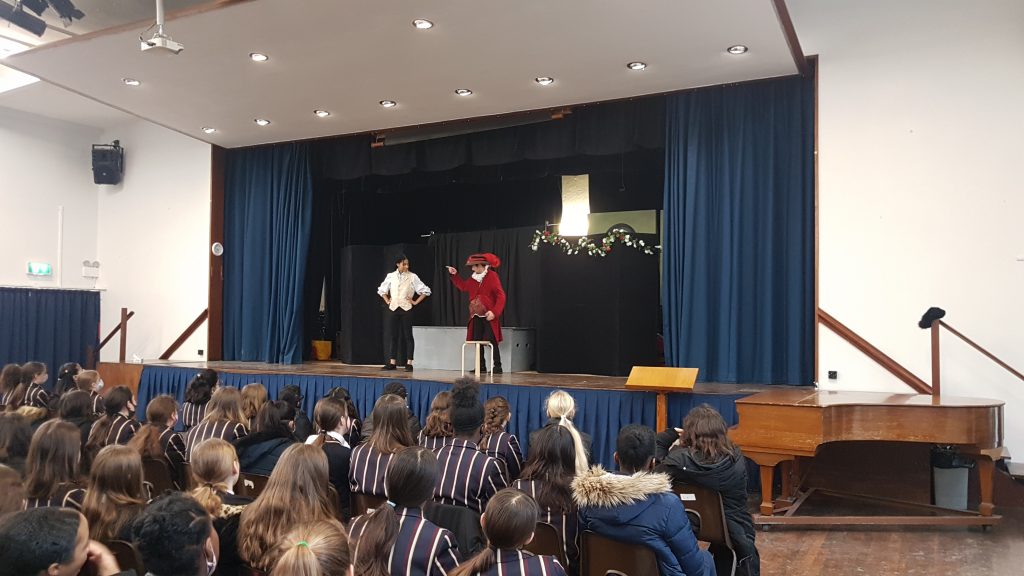