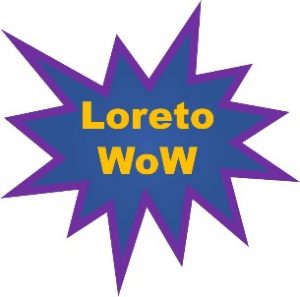 What is the Loreto WoW group?

• The WoW (Women of the World) group was originally set up at Loreto in 2016 to discuss ways in which we can promote gender equality.

• We have Representatives and Deputies in each Form in Years 7-11. There are two Year 12 WoW leaders and the group is overseen by two member of staff.

• WoW Loreto was inspired by the WoW Festival which started in 2010 at the Southbank Centre in London. It was set up to celebrate girls’ and women’s achievements, help realise their potential and unblock/challenge inequalities. It has become a global movement.

• We are also inspired by the example of Mary Ward who challenged assumptions of what girls could achieve and who said “Women in time will do great things.”

• The group meets weekly to discuss current issues affecting girls and women, share ideas to challenge gender assumptions and raise awareness amongst their peers about feminist issues. We also celebrate all the ways girls and women can be successful.

• A major focus of activities takes place around International Women’s Day on March 8th when we celebrate the achievement of girls and women with assemblies, posters and activities. We have run two very successful campaigns in the last two years to raise awareness of Period Poverty and to collect items for Women’s Refuges.

Why do we need a WoW group at Loreto?

• Despite progress over the last several decades, girls and women remain the majority of the world’s unhealthy, unfed, and unpaid. At present, they make up 70% of the world’s poor and earn only 10% of its income, despite producing over half its food.
• Nearly 5 million girls are married under the age of 15 every year.
• Two-thirds of the 774 million illiterate people in the world are female because they have been denied an education.
• In the UK, women currently earn, on average, 18% less than men for doing the same type of job.
• The World Economic Forum’s Global Gender Gap Report shows that it will take 100 years to close the gender gap across these areas – health, education, politics and the workplace if we move at the same pace as we have for the past 5 years.
We believe we can make a positive impact on the world!

Here, one of the group’s Y10 members explains her role as a WoW representative:

I have been a WoW Rep since Year 7 because I saw this as an opportunity to learn more about current world problems from a feminist perspective. I believe women and men deserve equal opportunities across all fields, especially education and equal chances for employment. I am so pleased that there is a group within Loreto that aims to empower girls and work towards equal opportunities.

WoW has become very active in our school, celebrating International Day of the Girl and International Women’s Day with activities that included assemblies and fundraisers. I enjoyed all the assemblies as they helped inform the school about the plight of girls and women in other parts of the world and how we can help. To prepare, WoW Reps gathered over several lunch times and worked as one team. This helped to build our confidence and our ability to talk in front of a large audience.

Working together, we carried out several fundraisers which included donating to the St Albans and District Food Bank and gathering products to donate to a women’s refuge for women and children escaping abusive relationships. A particularly successful fundraiser consisted of everyone coming together and donating hundreds of sanitary products after highlighting the issue that thousands of girls across the UK skip school as a direct result of Period Poverty. Both fundraising efforts were featured in the local newspaper as an example of giving back to the community.

I was also very proud that WoW was profiled in the UN IBVM Newsletter – the first U.K. Loreto school to be featured!