The History of Loreto

Loreto College was founded in St Albans in 1922 by members of the Institute of the Blessed Virgin Mary.  The IBVM is a religious order of women founded by a Yorkshire woman, Mary Ward, in the seventeenth century, for the “care of the faith” of Catholics in England.  Since 1609, Mary Ward’s Institute has spread all over the world: Loreto schools are to be found in England, Wales, Ireland, Gibraltar, Spain, Australia, Africa, including South Africa, Mauritius, India, South America, Canada and the U.S.A.  For more details on the Loreto network, click here.

The order’s most famous teacher is Mother Teresa, canonized in September 2016, who taught religious Studies and Geography at the Loreto Convent in Calcutta for 15 years before being appointed its Principal.  For more on her life and her connection to Loreto, click here.

When Loreto College opened in St Albans, it was the first school to provide a secondary education for local girls. Since then it has made a considerable contribution to Catholic education in the city and surrounding areas. It has changed character several times over the years, in 1978 becoming a comprehensive school for girls, with an open Sixth Form. 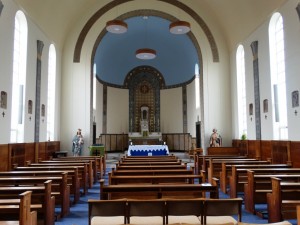 The site is a pleasant mix of old and new buildings set in landscaped gardens of considerable interest. The school was initially established in a townhouse known as ‘The Elms’, which now forms part of the Teresa Ball Building.  In recognition of this, as part of our centenary celebrations, our Sixth Form Centre has been renamed The Elms. St Joseph’s, now housing the Psychology and Modern Foreign Languages departments, is a large house bought in 1923 from Samuel Ryder, the seed merchant, founder of the Ryder Cup, and former mayor of St Albans.  If you are interested to learn more about Samuel Ryder, this leaflet produced by the city council may be of interest. 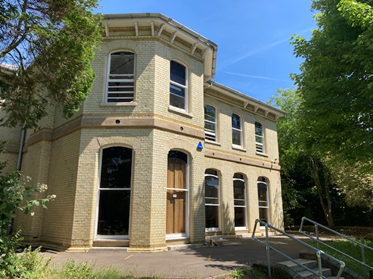 The 1930s saw the building of the Chapel and what are now the Library and the History, Geography, and C.D.T. department areas. In 1959 the Main Teaching Block was added and this now provides facilities for Science, Mathematics, ICT and Textiles. A new block was built in 1969 for the Canteen and dining room, with a further Science Lab and Food Technology room above. More recently the Music and Art departments and two further Science Labs were added. The main Administration area was built in 1981. The school has since taken over what was the Convent, and this now houses staff offices, the NVQ and Sixth Form areas and Classics department. More recent additions include a purpose built gymnasium, erected in 2000, and the opening of Hurstlea in September 2002: this now houses the Religious Education and Learning Support departments.

In September 2009, the Mary Ward building was opened. This stands on the footprint of Landau and Fontainebleau mobile buildings and houses the English Department.

The buildings themselves thus reflect the steady development of the school over the course of more than ninety years, from its original seven pupils in 1922 to the current average of just under 900. With an adjoining hockey pitch, and courts for tennis and netball, the school provides an attractive environment for both study and recreation.